Drzonków/Poland (nw-press). The network with its partners as a connection to Europe – this was the quintessence of a two-day workshop of the European network of the academies of sport in Drzonków, Poland, a district of Zielona Góra (140.000 inhabitants), which is situated north from Lower Silesia and about 100 kilometer east from Cottbus. The host was the sport center WOSiR Drzonków, led by director Bogusław Sułkowski.

Manfred Wothe, the director of the European academy of sport in Brandenburg, started in front of the sport political guests from the region by underlining: “We have had contact to Poland and to the region for a long time and feel as a connection to Europe. We want to continue our cooperation. This already obligates the boarder, which is 243 kilometers long between Brandenburg and Poland. Our focal points are education, health and sport.” 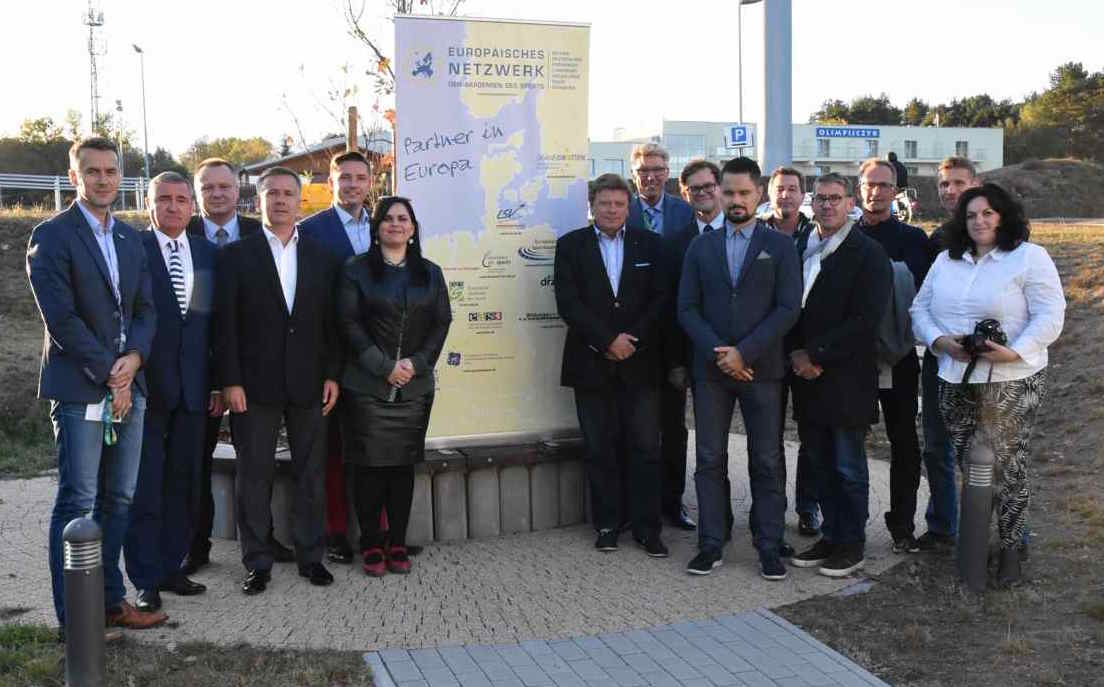 Reinhardt te Uhle, presenter of the network, verified: „The network was founded in 1999, 17 years ago. After all, 18 partners from 8 nations are represented. By this cooperation, especially with the ESAB Land Brandenburg and WOSiR Drzonków, a very important step has been taken. The amount of the projects is the cornerstone, representing the growing importance of sport in this area. There are many different activities, such as sport for the elderly, non-professional sport and recreational sport, and we are happy about the fact that the health project ‘Healthy children in healthy communities’ will be realized here.” As a visual sign of friendship, handed te Uhle WOSiR director Bogusław Sułkowski a certificate for the 40-year long existence of the sport academy, which already was celebrated in spring. Te Uhle: “We want to create a good partnership, and until now every partner has found a benefit in the cooperation of this network.”

Bogusław Sułkowski presented the region Lubuskie Wojewodschaft with one million inhabitants, more than 500 seas and a nationalpark, as well as the “Woodstock-Festival an der Oder”, which attracts about half a million fans.

The sport center – renovated completely for 15 million euros – has a region of 40 hectares of land, where 15 hectares are used for buildings. It took seven years before the constructions and modernizations were finished. Drzonkow is in the middle of Europe and has a very good transport connection via motorway and airport. Bogusław Sułkowski: “We are comparable with Olympia bases in Germany. We have 14 different kinds of sports, a swimming pool with ten 50-meters lanes, a tennis hall with four roofed courts, table tennis, volleyball, martinal arts and a shooting sport range with 26 shooting galleries. The parkour for modern pentathlon is one of the most modern ones in Europe, which was created in cooperation between Brandenburg and the Lebusener Land. 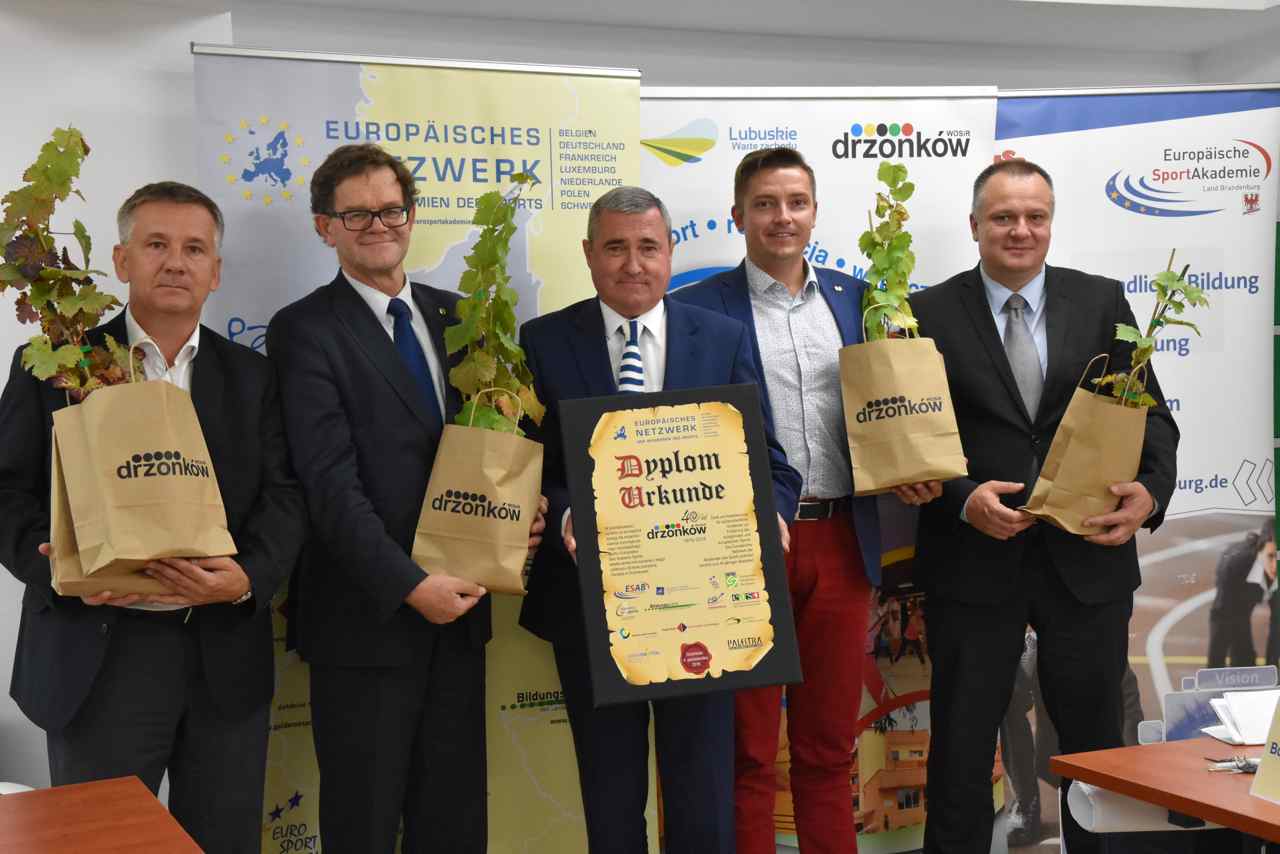 Network meeting in Drzonków in the year of its’ 40th anniversery: Boguslaw Solkowski (middle with certificate) with guests from sport and politics, from the left Arkadiusz Zagrodnik, Jacek Pilawa, Paweł Rańda und Sławomir Kulczyński.

Zbigniew Zagrodnik from the provincial government of Lebus was glad about the international meeting of the network in Drzonków: “We are the fifth biggest Wojwodschaft. As a federation of sport, we realize the sport for children and youth as a self-government. We exchange information with spor
t organizations from Saxony. Because the structures are very different, the exchange is difficult in some topics, but nevertheless we want to continue, currently with the Educational Institution of Saxony. Our cooperation is based on the attention of the Marschallamt, the government of the federal state. We have good support relating to international cooperation.”

Pawel Randa from the provincial government of Lower Silesia, headquartered in Wrocław (Breslau): “We have 120.000 students in Breslau, the capital of Wojewodschaft with 630.000 inhabitants. Dual career such as in Brandenburg: That would be a topic for us at once. Polish programs are inspired by us, for example a program for small children. 42 places were built for the track and field athletes. Now we work on a pilot project, where we are building small swimming pools in daycare facilities for children and students. The expenses of the swimming pool are around 1.3 million euros, maintenance expenses of 100.000 euros per year. There are many possibilities for us, and we are open for new projects and want to continue learning. In July 2017 we arrange the Worldgames, games that are not part of the Olympic sports.

Jacek Pilawa, representative in the state parliament of Lower Silesia, as a formal politician of Europe made clear, how important it is, to open the borders and to work across them: “This is the onl
y way to come forth in Europe. This network proofs how friends can be made via sport. Great, the participants of the network choose Drzonków as place of the conference.”

Zbigniew Zaborowski from Wojewodschaft Lubuskie said: “We can see how sport in Europe is growing. We are very happy about that. I am responsible for the interregional promotion as well, and that is why we need the Germans for border crossing projects and hope, that they will participate in many projects.”

How much sport is represented in Poland in Zielona Gora, became obvious in the sport center of the city with 130.000 inhabitants: Here, the participants of the network follow the workout of the ladies’ Polish national handball team. 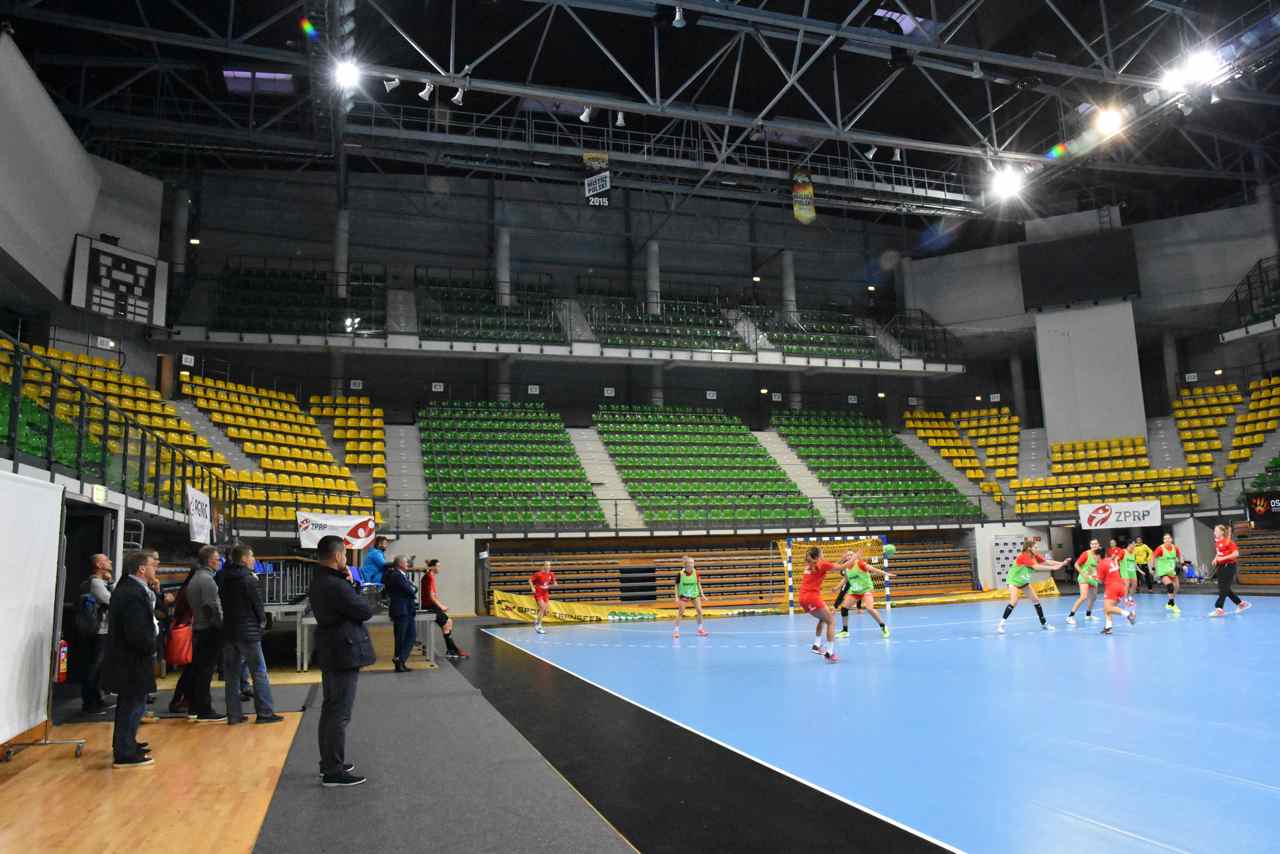 Space for 5.000 Fans: Members of the network at workout of the ladies’ Polish national handball team.

In Prague: „Sport and Experiential Pedagogy 2016“

Sports and Activity Planning in a Municipal context – Approaches for the...
Scroll to top